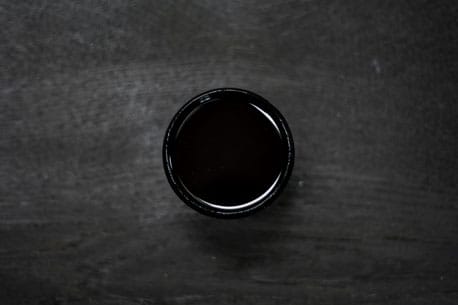 Prussian blue is a very dark blue and can appear almost black depending on lighting conditions.

Prussian blue is also known as Milori blue or Paris blue. The colour has an almost mystical and fascinating character. It was invented in Berlin in 1704 and is the first synthetically produced pigment. Prussian blue is the most frequently used blue pigment from 1750 to 1970 and was mainly used in tracing papers, ribbons for typewriters and in medicine. The paint has a semi-opacity and is lightfast, but dries more slowly.